I noticed my SAM was prone to tape-loading errors, and particularly when the cable gets jostled. Well that was because the socket was cracked, so I replaced it with one harvested from a broken cassette recorder.

The user manual is a bit vague about this, but SAM actually uses a stereo socket although only the ring (normally the right channel in stereo audio) is used for both input and output. The tip is not connected to anything. The idea is you would leave the SAM end alone and only swap the cable between the cassette recorder’s MIC or EAR socket depending on whether you were SAVEing or LOADing.

The replacement socket is an old-school mono design but it makes a rock solid connection so loading is now much more reliable.

Most SAM software is on disk of course, but quite a few demos were put out on Spectrum magazine cover tapes (and originally the machine came with a demo tape from MGT). I don’t have any official SAM tapes, but it works well with the TZXDuino digital tape player that I use for Spectrum software. I do have a few of those magazine cover tapes though and they also load really reliably now.

And, of course, SAM can emulate a 48K Spectrum so it’s possible to load those via tape (or TZX file) as well. 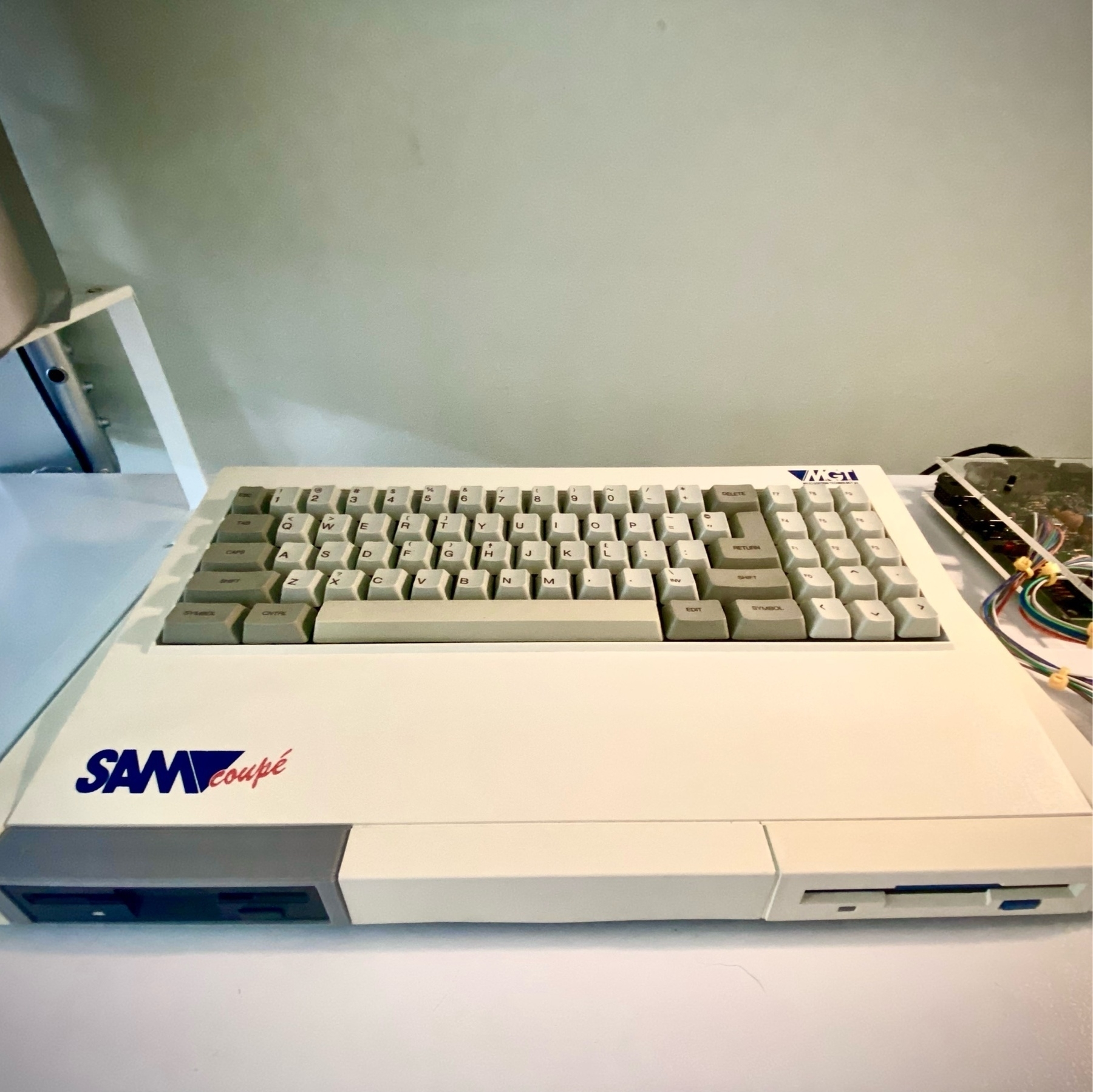 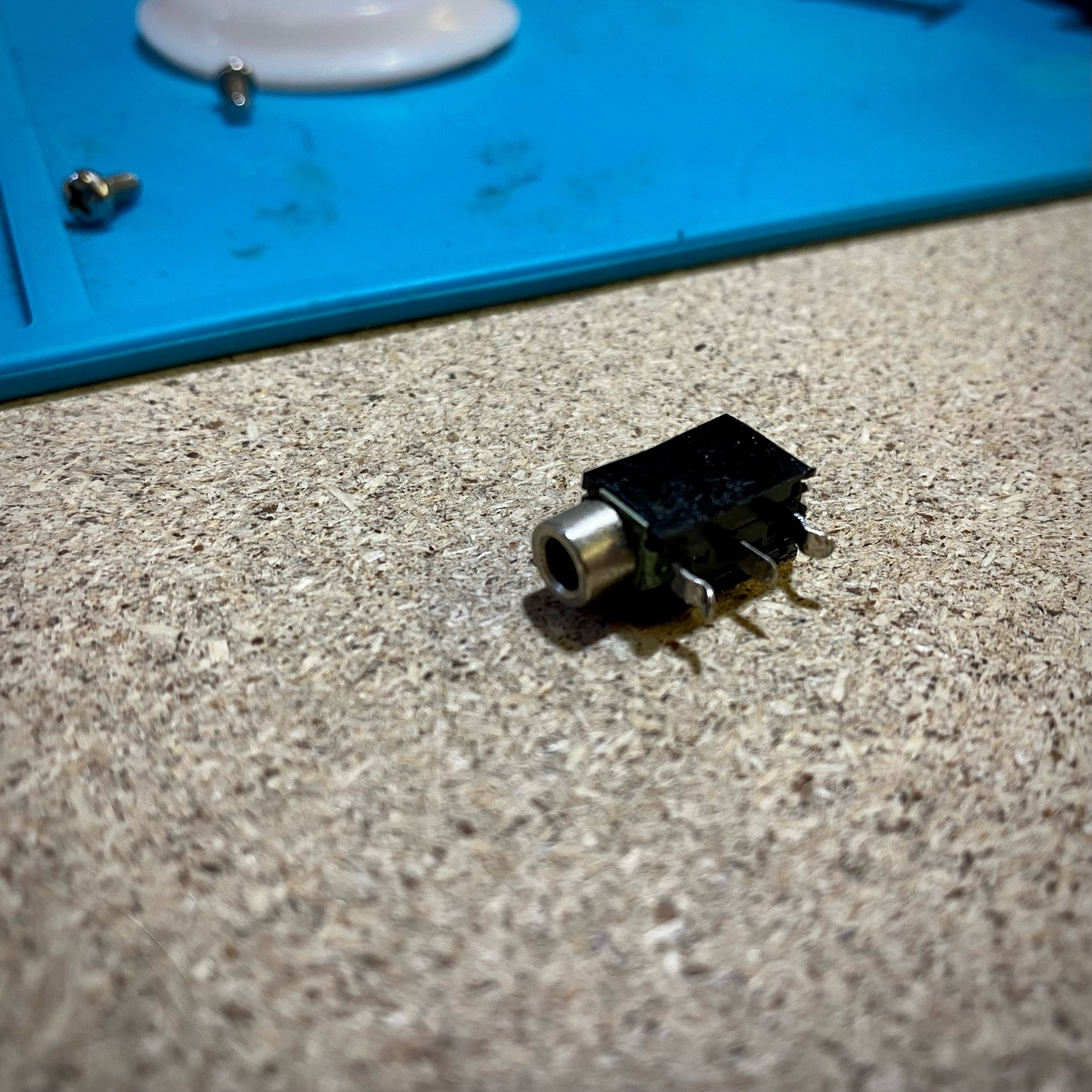 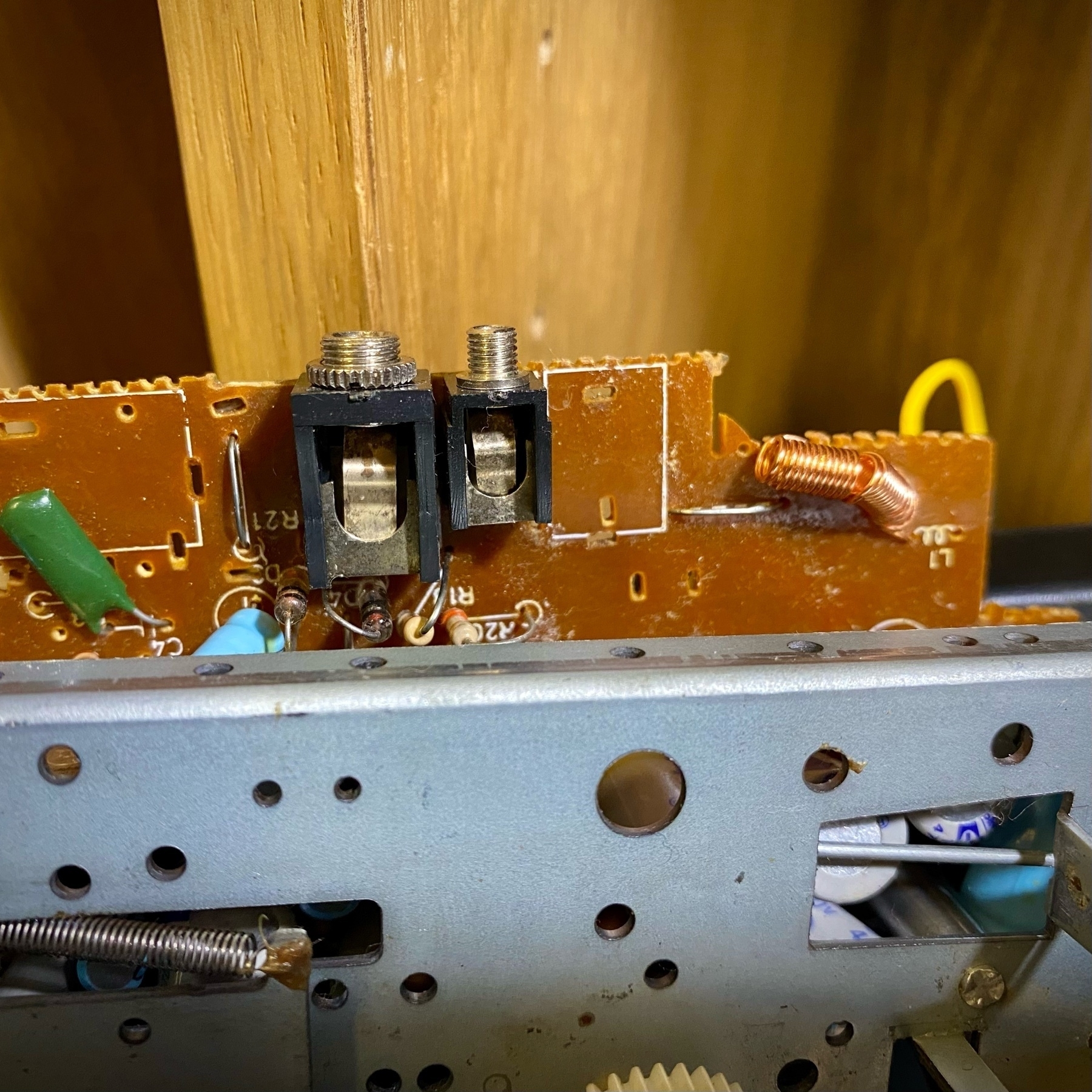